Prior to the 1970′s, DuPage County consisted mainly of bedroom communities. Residents primarily worked in the City of Chicago and lived in the newly developing suburban areas. However, ongoing investments in substantial roadway, utility infrastructure and other public improvements transformed DuPage County municipalities into a region of major employment and population centers.

Beginning in the decade of the 1980′s and continuing to the present, DuPage County has been among the fastest growing counties in the nation. At the threshold of the twenty-first century, the County today is both a population and an economic center that draws national attention. At the same time, the county continues to offer the benefits of urbanized living, high quality educational systems, extensive recreational resources and a safe, attractive environment.

DuPage County’s schools are ranked among the nation’s best. The County’s 43 public school districts regularly win School Search and Bright Red Apple awards. As a result, we boast a 93% high school graduation rate with 52% of our residents going on to attain a bachelor’s degree or higher.

Life in DuPage County is enriched by numerous cultural offerings. Exceptional dramatic and musical performances are found at Oakbrook Terrace’s Drury Lane Dinner Theatre and Pheasant Run Dinner Theater in St. Charles. Explore each of the communities listed in the map below for additional things to do in DuPage County.

DuPage leaders decided early on to preserve the County’s forests and prairie land. And today, as a result of their planning, open space, tree lined streets, and lush wooded areas characterize the County’s landscape. DuPage maintains more than 25,000 acres in 60 forest preserve sites, and the Illinois Prairie Path, which is used for cycling and hiking, is a National Recreational Trail that runs 55 miles through DuPage and surrounding counties.

There are 39 DuPage County municipalities, 20 of which lie wholly within the County. DuPage is also comprised of nine townships. 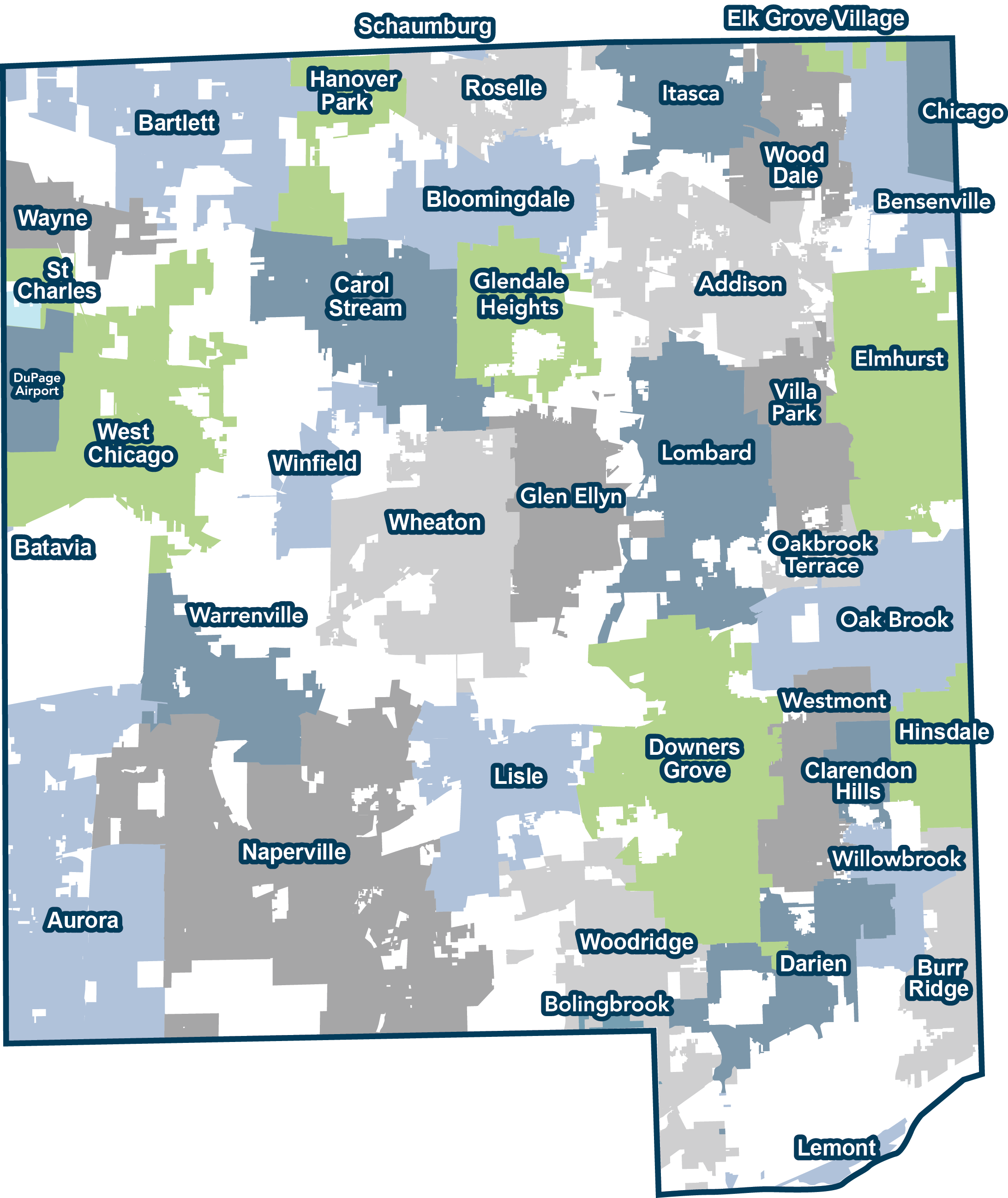