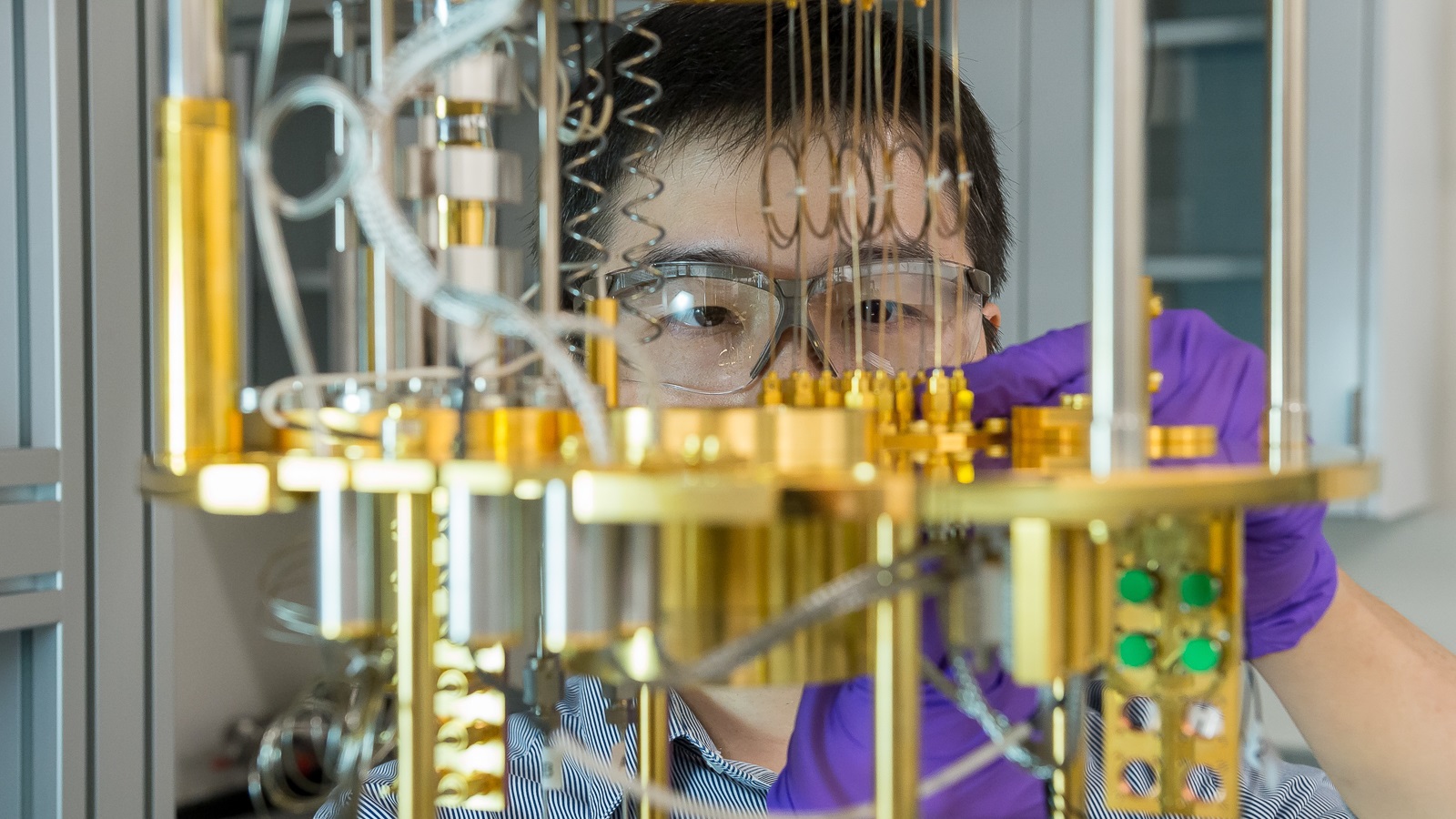 Recently the White House Office of Science and Technology Policy and the U.S. Department of Energy (DOE) announced the creation of five new Quantum Information Science Research Centers led by DOE National Laboratories across the country. One of the national centers, Q-NEXT, is led by DOE’s Argonne National Laboratory.

Q-NEXT brings together nearly 100 world-class researchers from three national laboratories, 10 universities and 10 leading U.S. technology companies with the single goal of developing the science and technology to control and distribute quantum information. These activities, along with a focus on rapid commercialization of new technologies, will support the emerging ​“quantum economy” and ensure that the U.S. remains at the forefront in this rapidly advancing field.

“The world is on the cusp of a technological revolution. Through the collaborative efforts of the national laboratories, universities and companies actively involved in Q-NEXT, we will develop instrumentation to explore and control the quantum properties of matter and translate these discoveries into technologies that benefit society,” said David Awschalom, Q-NEXT director, senior scientist at Argonne, Liew Family Professor of Molecular Engineering at the University of Chicago and director of the Chicago Quantum Exchange. ​“This partnership is essential to create a domestic supply chain of new quantum materials and devices for a robust quantum economy.”

Q-NEXT will also create two national foundries for quantum materials, one at Argonne and one at DOE’s SLAC National Accelerator Laboratory. Together, these foundries will act as a single ​“quantum factory,” producing a robust supply chain of standardized materials and devices that will support both known and yet-to-be-discovered quantum-enabled applications. It will also create a first-ever National Quantum Devices Database for the standardization of next-generation quantum devices.

“The world is on the cusp of a technological revolution. Through the collaborative efforts of the national laboratories, universities and companies actively involved in Q-NEXT, we will develop instrumentation to explore and control the quantum properties of matter and translate these discoveries into technologies that benefit society.”  — David Awschalom, Q-NEXT director

“New technology spawned by Q-NEXT will accelerate U.S. prosperity and security,” said Argonne Director Paul Kearns. ​“As part of the Department of Energy’s Office of Science, Argonne is proud to be the lead laboratory for Q-NEXT in this important endeavor bringing together world-leading experts and the wealth of scientific resources at national labs, academia and industry.”

Q-NEXT will be funded by the Department of Energy at $115 million over five years, with $15 million in fiscal year 2020 dollars and outyear funding contingent on congressional appropriations.  Additional funding from partner organizations totals $93 million. The State of Illinois General Assembly also directed $200 million in FY 2020 funding through HB62 to develop infrastructure for quantum science and technology, which will support Q-NEXT through collaborative efforts. With these resources and the strength of private-public partnerships, Q-NEXT will focus on three core quantum technologies:

Q-NEXT will also train the next-generation quantum workforce through innovative training programs with industry, academia and government to ensure continued U.S. scientific and economic leadership in this rapidly advancing field.

“The fundamental discoveries and technological advances enabled by Q-NEXT will expedite the coming quantum technology revolution and build the quantum workforce of the future. This is a very exciting time,” said JoAnne Hewett, Q-NEXT deputy director and associate laboratory director for fundamental physics and chief research officer at SLAC National Accelerator Laboratory.

Argonne and SLAC are joined in the collaboration by 21 partners that are embedded in all aspects of Q-NEXT: participation in each of the scientific thrusts, governance and development of the center strategy and training of the next generation of the quantum workforce. The collaboration among laboratories, companies and universities is crucial to speed discovery, develop quantum applications and prepare a quantum-ready workforce. Q-NEXT’s partners are:

Argonne National Laboratory seeks solutions to pressing national problems in science and technology. The nation’s first national laboratory, Argonne conducts leading-edge basic and applied scientific research in virtually every scientific discipline. Argonne researchers work closely with researchers from hundreds of companies, universities, and federal, state and municipal agencies to help them solve their specific problems, advance America’s scientific leadership and prepare the nation for a better future. With employees from more than 60 nations, Argonne is managed by UChicago Argonne, LLC for the U.S. Department of Energy’s Office of Science.

The U.S. Department of Energy’s Office of Science is the single largest supporter of basic research in the physical sciences in the United States and is working to address some of the most pressing challenges of our time. For more information, visit https://​ener​gy​.gov/​s​c​ience.