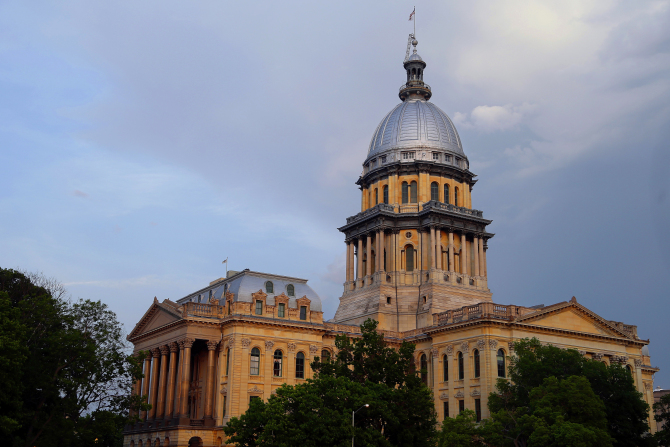 When people run for public office, they always promise to make government more efficient and less expensive. Republican or Democrat, they say it every single time.

Then, if they win, they hope you forget they ever said it. Who? Me?

Making government more efficient and less expensive means stepping on toes. The abstract becomes specific. Jobs must be cut, budgets cut and fiefdoms wiped out. Most politicians, once elected, hate to step on toes.

Nobody should be surprised, then, that a plan hatched last summer to push the consolidation of redundant local government units, which is a particularly expensive problem in Illinois, is going nowhere. And it will continue to go nowhere unless the more principled elected officials and the public demand otherwise.

In July, Gov. Bruce Rauner signed a bill passed in the Legislature with bipartisan support that requires every county board in Illinois to submit a report listing redundant units of local of government that could be dissolved or consolidated. Maybe, for example, there are two road districts where one would do. Or there’s a fire protection district that exists only on paper because they contract to get service from a nearby town. The county reports don’t require them to consolidate anything; it’s just a way to get everyone focused on the possibilities.

The deadline for those reports is Jan. 1. But as of last week, according to the bill’s Senate sponsor, Tom Cullerton, the only county that had filed a report was his own, DuPage. Maybe everybody else has been so bogged down with government waste and inefficiency, given all those dinky and pointless units of government, that they haven’t had time to comply with the state law.

A few days remain for a flurry of last-minute filing. Go to it, everybody.

The opportunities to save taxpayers money are real and substantial. Illinois has nearly 7,000 units of local government, far more than any other state. Our state has elected township assessors who don’t assess, local highway departments that have almost no highways and cemetery or water districts that you’d be shock to learn even exist. In Elgin, some residents are taxed by 16 different local government units.

Maybe we need another unit of government to hire accountants to help the poor people of Elgin figure out their tax bills.

Who knew, for example, that just outside Naperville for decades was the Century Hill Street Lighting District, which raised $17,000 a year in taxes to operate 77 streetlights? In June, the DuPage County Board dissolved it, turning over the assets and responsibilities to the county’s Division of Transportation, which should be able to do the job just fine — for less money.

DuPage officials say they’ve saved about $80 million over three years by getting local governmental units to share services. They’re also considering merging the DuPage Election Commission with the office of county clerk. In Cook County, voters decided on Nov. 8 to merge the recorder of deeds office into the county clerk’s office. In 2014, voters decided to dissolve Evanston Township, which had exactly the same borders as the City of Evanston.

We understand that taxpayers in some local government districts are happy with what they are getting and don’t mind paying for it. They might not want a consolidated park district, for example, if that mean a cut in services.

Voters like the idea. In November, advisory referendums on consolidation passed in seven DuPage townships and one municipality.

All it takes is a willingness to step on toes.