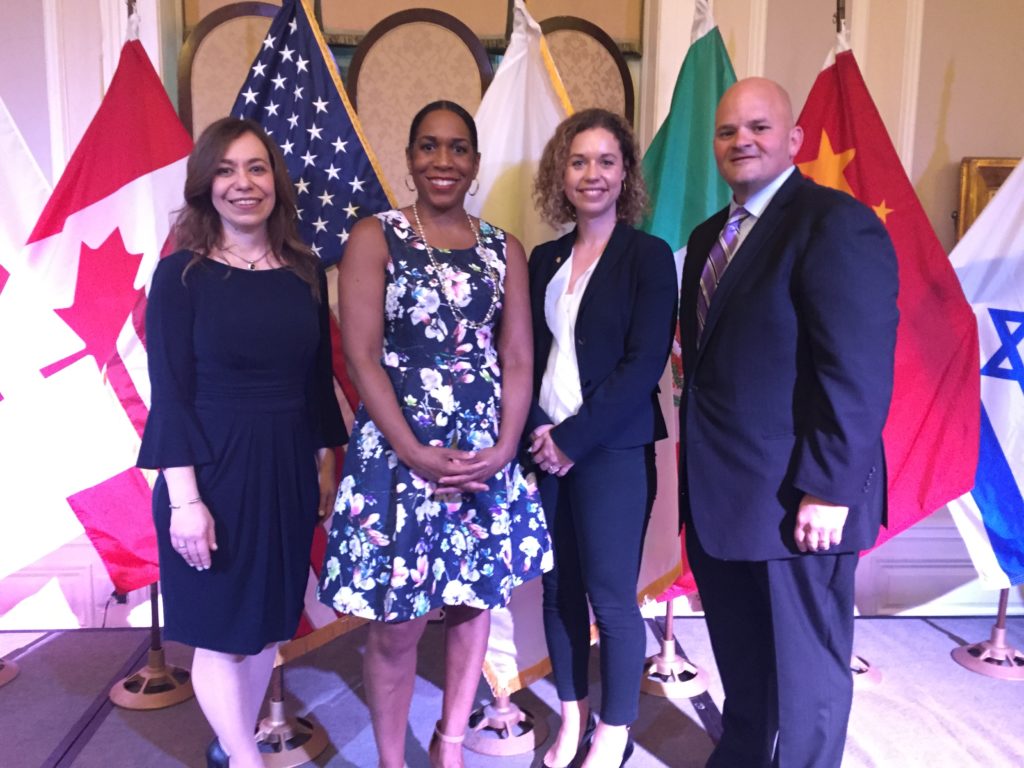 Lt. Governor Juliana Stratton and Erin Guthrie, Acting Director of the Department of Commerce and Economic Opportunity (DCEO) announced the recipients of the 2019 Governor’s Export Awards during a ceremony at the Union League of Chicago on June 26th . The Governor’s Export Awards honor Illinois companies that achieved excellence in exporting, as well as organizations that provide export assistance.

“Thanks to the hard work of our exporters and the organizations that support them, Illinois is one of the top exporters in the entire country. Exports are an integral part of our economy, employing thousands of men and women across the state and contributing millions of dollars to the state’s economy,” said Lt. Governor Juliana Stratton. “We are proud to recognize the businesses and groups who excelled in exports over the past year and look forward to continuing to support and grow the industry.”

International trade is a major component of the Illinois economy and the state is the number one exporter in the Midwest and 6th in the United States. Nearly one million Illinoisans are supported by the local trade industry; and last year alone, $65 billion worth of Illinois manufactured goods were sold to over 200 countries across the globe.

The 2019 Governor’s Export Awards recipients by category are:

DCEO’s Office of Trade and Investment, through a network of six regional foreign offices and staff in both Chicago and Springfield, provides support to Illinois companies ready to enter or expand into foreign markets.  For more information on Illinois trade opportunities, visit exports.illinois.gov.