Choose DuPage has released its 2017 First Quarter Economic Indicators Report this week, once again confirming DuPage County maintains a thriving business climate. Due to its low unemployment, skilled and educated workforce, high quality of life and growing business and industry sectors, DuPage County presents opportunities for job creators and entrepreneurs during a time when the state struggles with high taxes, pension challenges and a hostile business climate.

“Local commerce and industry continue to flourish, while unemployment remains at its lowest in the Chicagoland region,” said John Carpenter, president and CEO of Choose DuPage. “Remember, DuPage County dropped its sales tax by a quarter percent last June, putting $36 million back into taxpayer pockets – consumers are putting that money back into local commerce.  DuPage County is ripe for increased business and industry expansion.”

DuPage County has consistently maintained the lowest unemployment rate in the Chicagoland region and boasts an AAA bond rating due to its strong economy, fiscal management and healthy budgetary performance. Low taxes and operating costs, strong labor demographics, close proximity to hotels, dining, shopping, golf and recreation are just a few of the benefits our community provides to business and industries considering relocation or expansion of operations. For all these reasons and more, DuPage continues to maintain a solid, thriving economy. 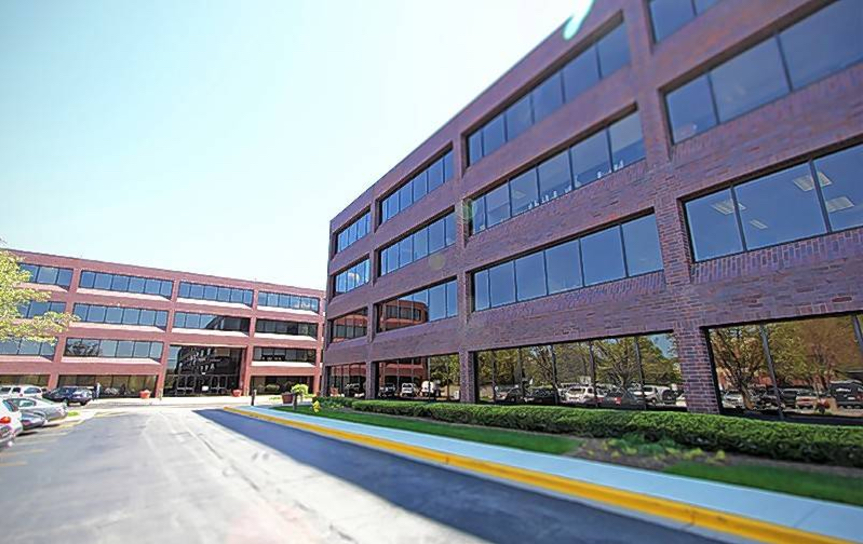 A space outside of City Hall could soon transform into an outdoor internet workspace open to the public.

“The idea is that we have comfortable seating, shade, electrical outlets that are handy and convenient, and possibly other small amenities throughout the area, in a space that’s otherwise just completely unused,” said Steve Chirico, the Mayor of Naperville.

An idea first brought up to the mayor, who then involved other local leaders, this proposed space would utilize sustainable materials and energy sources like solar panels to help power visitors electronics.

This space was first publicly discussed at the recent State of the City address, but plans are far from complete.

“Next steps are I have to convince our City Council and other stakeholders in our community that this is a great idea, and so far everybody has really thought it is a great idea, but we also need money,” said Mayor Chirico. “So that I envision being a public/private partnership, members of the community who want to give a gift to the city, other governmental bodies who think it falls into their wheelhouse of being a part of this.”

The budget for this project is not yet known, but the mayor does have a timeline in mind.

“I would love to see it done this year, but it’s a lot of work and it’s a big project. So maybe it’s a little optimistic but that’s the way I think,” said Mayor Chirico.

If constructed, this area would be free and open to the public, with Wi-Fi and power provided.

A Letter to the Daily Herald Editor

A March 23 editorial published by the Daily Herald, “Community colleges help students find jobs on the road and in the trades,” is right on target — but the concept has much wider reach into advanced manufacturing that continue to be unrecognized opportunities.

The editorial talks about the value provided by community colleges and vocational education’s role in leading to good career opportunities. At the Choose DuPage Economic Development Alliance, we have continuously advocated on behalf of innovative industries. DuPage County is home to a number of small and large manufacturers. There is a wealth of opportunity that exists in the industry and great training programs being offered through our community colleges. College of DuPage offers everything from associate degrees to certification and vocational skills programs; several of their programs work directly with employers to ensure the skills being taught in the classroom appropriately prepare students for the workplace.

Choose DuPage encourages the next generation to consider the field of manufacturing. Jobs are becoming more technologically savvy, require expert training on high tech equipment and be adaptable to an advanced workplace. The days of using a hammer are long gone for the average manufacturer — positions in today’s shop room floors are advanced, they use technology, and the jobs pay well… usually without any student debt. According to the Illinois Manufacturers’ Association, the average manufacturing employee in Illinois earns about $25,000 more than the average worker in other industries, yet many manufacturing jobs remain unfilled. We need to do a better job of communicating the good jobs, wages, benefits and opportunities that exist in the manufacturing industry.

Evolving technology is leading the way to new and exciting opportunities. I encourage us all to reshape our perception of trade industries and manufacturing — these are no longer “Blue Collar Jobs” — but rather, “White Coat Professions.”

Suburban officials have high hopes an actual building where fliers can check bags, go through security and ride a people-mover train to terminals is coming to the west side of O’Hare International Airport.

The Illinois tollway is extending Route 390, the former Elgin-O’Hare Expressway, east. The road is expected to penetrate O’Hare by 2019 or so, providing western access to the airport for suburbanites.

Previous, more modest plans involved a parking lot and bus to convey passengers, but that underwhelmed DuPage leaders who wanted a western terminal.

In addition to parking, “they’re going to construct a building where people can come in, get their tickets, go through security, check their bags and take a people-mover to anywhere in the airport,” he noted.

A Chicago Department of Aviation spokesman did not comment.

Development on the western side of the airport comes amid other significant changes. The city is retiring one diagonal runway in 2018 and will open a new parallel runway on the north airfield in 2020.

At the time, CDA officials said a people-mover train was coming to the west side of the airport eventually. They could not confirm when, saying they were prioritizing the other expansions.

The city intends to expand Terminal 5, which opened 23 years ago, by 25 percent.

Plans for Terminal 2 would convert the underused facility into a central hub with a new U.S. Customs and Border Patrol center and TSA screening stations.

DuPage County leaders have pushed for a western entrance and terminal at O’Hare for decades, with expectations it would spark an economic boom.

The tollway is currently building Route 390 along Thorndale Avenue and will complete a section from I-290 to Route 83 this year.